The Sydney Symphony Orchestra announced today that subscriber and supporter Vicki Olsson has loaned a 1757 Guadagnini violin to the Orchestra, to be played by Co-Concertmaster Andrew Haveron.

Andrew and Vicki were both interviewed about the instrument for stories published by The Australian and the Sydney Morning Herald, which you can read online.

Andrew was also interviewed on radio with ClassicFM Australia: 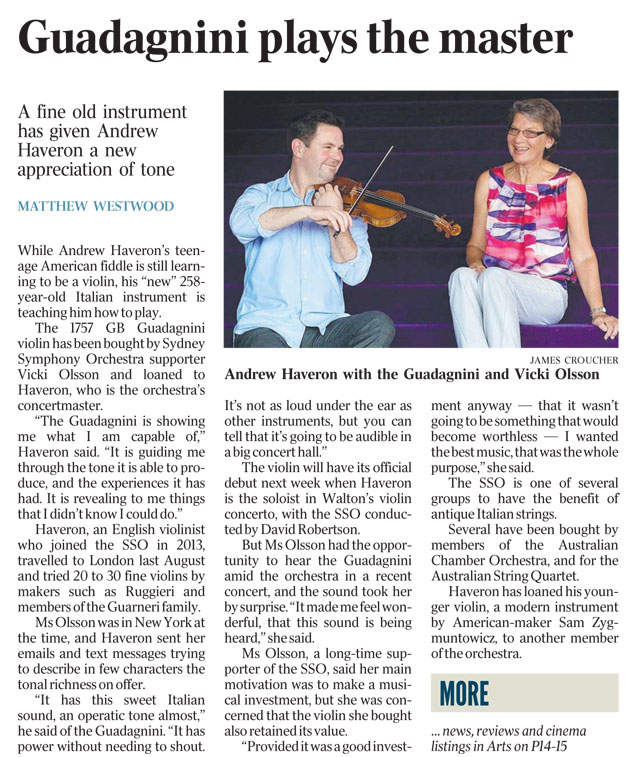 Interview on ABC National with Andrew playing some Brahms:

And here it is in action!